Child Psychology is a very interesting branch of psychology which studies the development of children. Traditionally, children grow and mature at different rates. A child’s mental development progresses through many stages, each with its own unique characteristics and timespans. 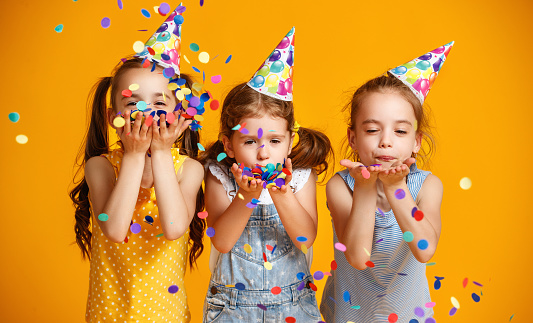 Physical growth progresses in stages (much like the rest of the child’s development). The first stage occurs between 0-3 years of age. At this stage, a child’s primary method of communicating is through crying. In order to gain attention, babies begin by crying louder and louder each time they are ignored. Babies are born with reflexes (like grasping) that gradually disappear as they mature. They also begin to develop muscle control in their arms and legs, which aids them in reaching out to grab onto things or bringing objects toward their mouth for a closer look.

In the second stage of development, which occurs between the ages of 3-6 years, children begin to walk and run. They are also learning to coordinate, as well as move their body in various ways.

Speech at this age progresses from babbling to using words, though the sounds that come out may not always be recognizable by an adult (think baby talk). In addition, they start to experiment with facial expressions and gestures to communicate.

By age 7-12 years, children are able to run faster and jump higher than before. Due in part to the changes in their bodies, they are also growing more self-conscious about how they look (e.g. acne, decreased muscle tone in the face)

By adolescence, children can process a wide variety of emotions, though they tend to have a difficult time seeing the big picture. An understanding of what is happening emotionally is something that children learn during this period of time; they may even have an internal dialogue with themselves about why they are feeling certain emotions.

As teenagers begin to explore their boundaries more and more, they also feel an increased sense of independence and freedom. This transition into young adulthood can make some parents feel anxious or even guilty because they no longer have as firm a grip on their child’s life as before.

During these developmental stages, children spend the majority of their time in the ; they sleep, eat, engage in play and chores, and do schoolwork. Their daily activities involve physical and social interactions. However, there are significant differences across different cultures for how these activities are arranged. For example, Scottish children may have more responsibilities than American children while American and Chinese children may enjoy more freedom than Scottish children.

The next stage of development occurs during adolescence. This is when a child’s vocabulary has greatly increased, and their knowledge about how to use grammar has also grown. Some people think that these years are a time when children start their transition from being children to being teens; however, teens’ emotional maturity begins rising much earlier (in elementary school). An awareness of what socially appropriate conversation requires may grow more quickly than someone who has not grown up with that expectation as a rule may appreciate.

The final development stage is the adolescent period. This is when a child’s ability to problem solve and understand others’ perspectives becomes even better than it was at earlier stages (known as cognitive development). In addition, teenagers tend to think about things for longer periods of time and use more abstract thought. These skills are more developed than in younger children, which can be both a positive and negative thing.

That’s why it is so important for parents to understand what their child is going through – both developmentally and emotionally – as they pass through these various stages of childhood.

The needs of infants also change as they grow and develop. For example, an infant may need much of the same care an adult would need in the early months (provided by the mother), but once they are able to pull themselves up, then additional care requirements are lessened.

As children grow older (and move from infancy to childhood), they have more responsibilities that continue to develop alongside their physical and emotional needs.

In toddlerhood, children need a caregiver to fulfill their basic physical needs and to protect them from harm. Although most children are quite capable of taking care of their own emotional needs, most caregivers feel like they must still provide love and comfort to a child throughout his entire childhood.

Meta Description: Child Psychology is a very interesting branch of psychology which studies the development of children. Traditionally, children grow and mature at different rates. Luckily, the post is here to give you some more information on development stages of childhood.

an fm radio station broadcasts at a frequency of 101.3 mhz. what is the...