As any entrepreneur knows, knowing your product is just the first step. The next step is ensuring that consumers understand and enjoy it. One way to improve the latter: learning neuroscience and understanding why your product resonates so well with certain segments of the market. Neuroscience can teach you how to optimize your marketing campaign, design a better experience for consumers, and even create convincing viral videos. You may even learn to predict which groups of people will be your best customers.

In this article, we’ll go through the basics of neuroscience compiled by Ilventofailsuogiro and what you can learn from it as a marketer. I’ll also discuss the types of marketing campaigns that incorporate neuroscience as a tactic, as well as some examples from startups. At the end, I’ll provide advice for those interested in learning more about marketing and neuroscience alike. 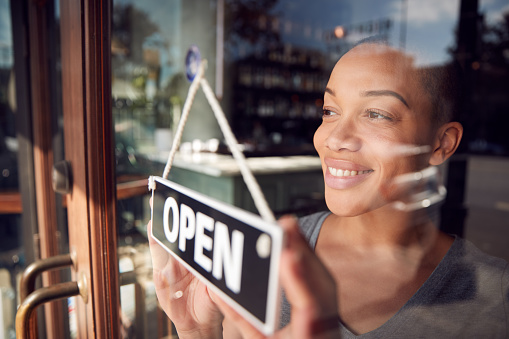 Neuroscience 101: The Five Senses and the Brain

The brain is like a giant computer (itself made up of billions upon billions of neurons). It takes in millions of bits of information every minute and stores them in memory. Some sensory stimulation, including visual and auditory stimuli, can trigger an immediate memory.

The brain contains a structure called the hippocampus which is responsible for creating new memories and storing old ones. The sense of smell, for example, triggers the hippocampus to create a long-term memory. There are other parts of the brain that process touch, sight, taste and sound respectively. These areas then interact to determine how we perceive the world around us.

The neocortex is in charge of high-level functions such as problem solving and decision making. It takes information from all other areas in the brain and creates a unique experience for each individual based on these inputs. For example, females tend to be more emotional and men tend to be more rational. These differences are due to the different synaptic connections between parts of the brain.

Another thing that is unique about each individual’s experience is their brain’s structure. The cortex has different folds and creases that allow for different functions within the brain. There are also major structural changes as we age, causing a more complex network of neurons.

Interestingly, every neuron in your body is connected to a thousand other neurons by way of dendrites and axons. A dendrite receives information from other neurons while an axon connects one neuron to another. Each neuron connects to thousands of other neurons, which is why information can spread so quickly throughout the brain.

The central nervous system is the part of the body that sends and receives signals from the brain and spinal cord. It includes all sensory systems (such as eyes, ears, lungs and skin) as well as motor systems (the muscles). The peripheral nervous system contains receptors that perform autonomic functions like breathing and digestion.

Neurons that affect other neurons in order to fire together become what we call a neural pathway. The more often a pathway is used, the stronger it gets; this phenomenon is called neuroplasticity. The strongest neural pathways are known as engrams.

How Neuroscience Can Improve Marketing

In the realm of marketing, the brain processes much of its information subconsciously. This is known as implicit memory and it’s much more powerful than explicit memory. In fact, implicit memory can affect our behavior much more than conscious decisions about a purchase can. In other words, you may not realize why you feel a certain way about a product or company until after you’ve bought something from them! To ensure that your marketing efforts succeed in attracting consumers, try to tap into these implicit memories and/or create a unique experience for each person based on their implicit memories.

Let’s take a look at two startups that are using neuroscience to improve their marketing.

Nootrobox sells nootropics, or “smart drugs” that were originally developed in the 70s by the Russian government to boost cognitive performance in soldiers. The company’s founders were looking for ways to improve their brain function and stumbled upon these compounds. They then started consuming nootropics themselves and realized they had an amazing effect on memory retention, focus, productivity, creativity and energy level. They decided to share this discovery with the world through Nootrobox! The company now sells blends of nootropics that can be used as supplements or food additives.

To promote their products, Nootrobox has used a variety of tactics that incorporate neuroscience in order to maximize the brain’s potential. To begin with, the company keeps its customers updated with informative educational content. On their blog , you can find tips on how to improve your cognitive function, recipes made with nootropics, interesting articles about neuroscience and more! The company also runs an annual Genius Grant program for entrepreneurs who are changing the world in ways that are positive for the planet.

Nootrobox’s nootropics are measured out in capsules which makes it easy for customers to take them at any time. They come in three different blends: Rise (focus), Energy (energy), and Sprint (memory). Nootrobox’s Blend Capsules are available on their website and retail for $39 for a box of 30 capsules.

Most people today use some form of messaging system on a daily basis, be it through email, text or even ad-hoc group chats. Slack is one such messaging tool that has been hugely popular with salespeople and teams. What many people don’t realize is that Slack uses some interesting neuroscience to keep its customers happy! Their CEO Stewart Butterfield said: “We’ve built it to make you really happy.” And he’s right: the app has more than 9 million users and has an incredibly positive rating on the App Store.

The human brain is the most complex machine in the known universe. It also turns out to be quite amazing at making value judgments, solving problems, and coming up with creative solutions.

Ancestral roots of certain American colonists who came to America before 1700.

an ideal ammeter should,

an expert system should be used when well-structured numerical problems are involved.,

an introduction to an informative essay about globalization in china should include,